On May 24th 2016, palliative care had an unexpected moment in the limelight when the users of the popular link-sharing site Reddit took a break from funny videos and memes to vote an artist’s inspiring work to the top of the front page. A user going by the name Baron_Samedi_ posted a picture of his latest work: a mural that he donated to the Palliative Care wing of a nearby rural hospital.

When asked about how he got started, he replied

I was working on a commissioned mural, in front of a bishop’s palace in Dubrovnik, Croatia. The man who had commissioned the mural asked me if I had some extra time to look at a room in need of a painting. I agreed, and he took me to the Palliative Care ward of a nearby hospital. There, he introduced me to the head nurse. She asked if I could do one painting in one room. I said I could, but that I would have to come back to do the painting in a month or so, as I was pressed for time. She said: “I am afraid that would be too late.” I then realized the painting was to be a kind of “final gift” for someone, so I set aside what I was doing and did the best I painting I could in the limited time I had available, (12 hours).

Here is a picture of that first painting (in anti-microbial latex paint).

So who is this artist? His name is Jonathan Roberts, originally from Atlanta, GA. Since 2007 he has operated a school for arts in languages in Zagreb, Croatia. He makes a habit out of using art to help his community, including free art workshops at the Zagreb Children’s Hospital and at fundraisers for orphanages. He had no experience with palliative care previous to this work, however. He told us,

Initially, the idea was to simply do one. During the 10 or so hours it took me to complete the first painting, the apparently limitless professionalism, kindness, and patience the nurses showed in the face of some rather challenging circumstances moved me deeply. It was incredibly inspiring. After finishing the first painting, I offered to do a mural for each room in the ward.

Jonathan still has a lot planned for this project as Dubrovnik, where the facility is located, is about an 8 hour drive from where he lives. That means scheduling the time to continue the work is a challenge, but he manages to stay committed by sketching out his plans for future murals such as the one below. 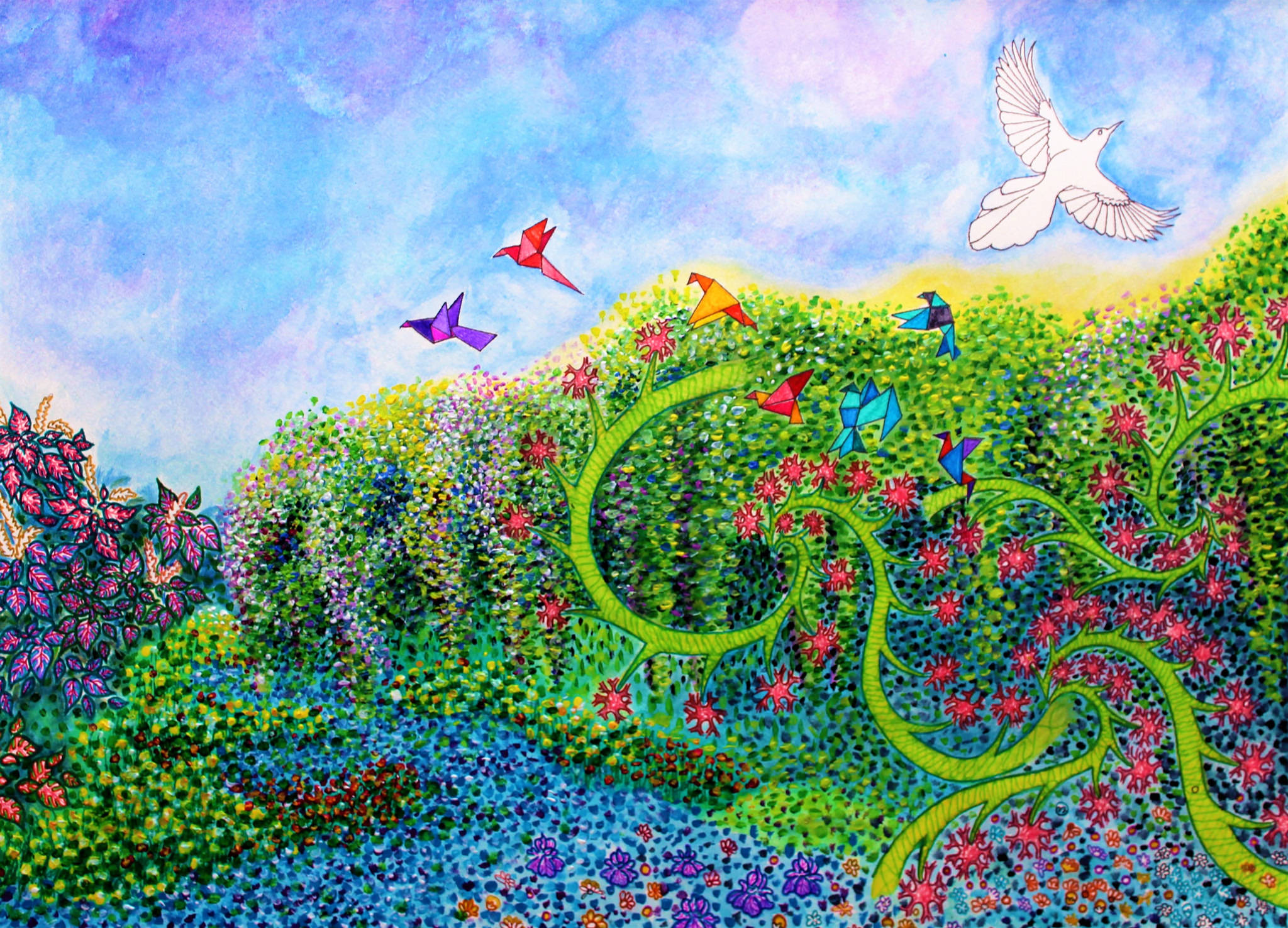 He says the experience has really opened his eyes and his heart to the work that end-of-life caregivers do.

The people working in the facility showed a great deal of warmth. It was almost embarrassing, to be honest. In my case, I was little more than a tourist passing through their world, giving far less of myself than they give on an average day. It made me wish I could do more to call attention to their heroism.

We would like to thank Jonathan not only for his work, but for taking the time to talk to us so we could share this with the hospice community. Here’s one more: the mural he did in front of the Bishop’s palace.