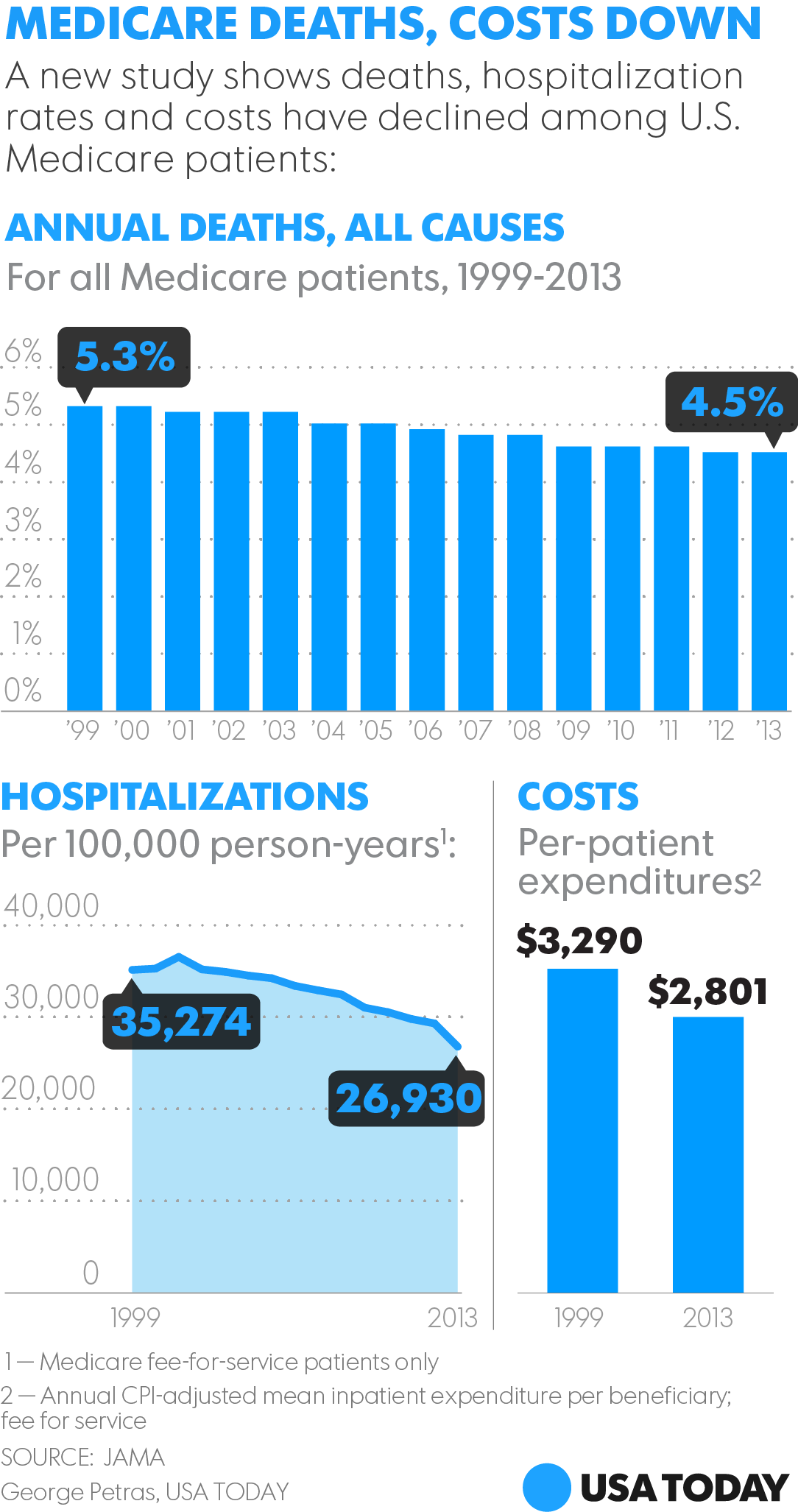 A new study has found that deaths, hospitalizations rates and costs have declined among U.S. Medicare patients.

USA Today reports that the new study by the Journal of the American Medical Association (JAMA) showed that mortality rates among Medicare patients fell 16% from 1999 to 2013. That’s equal to more than 300,000 fewer deaths a year in 2013 than in 1999. Furthermore, researchers found that hospitalization rates and costs were lowered as well.

Costs for hospitalized patients also fell by 15% among fee-for-service patients.

You can read the full USA Today article here and see USA Today infographic below: